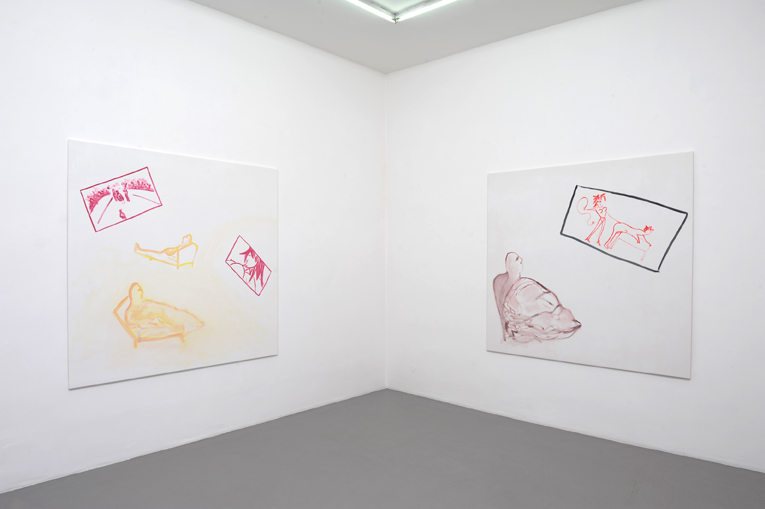 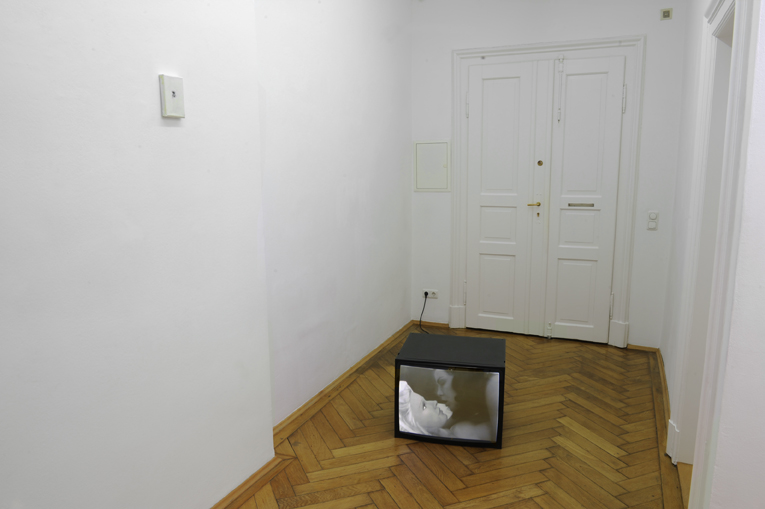 The works in this exhibition celebrate various manifestations of the romantic, including self-pleasure, romantic ideas, anxiety, and domesticity.

Following Shimizu’s 2012 exhibition Late Work, comprised of paintings made from the perspective of a future self as a cliché of an older man painting nude women, this exhibition pays homage to the figure of the voyeur and the scopophilic instinct. In Doll (2012), a video comprised of found footage, a woman makes love to a life-size, feminized inflatable figure; she quickly hides it when she hears someone approaching. The video was played from a computer, displayed on a TV set, and re-shot from a fixed point of view with a Portapak video camera—the same technology used to produce the earliest single-channel videos from the late 1960s/early 1970s. In re-shooting the video with this obsolete equipment, Shimizu allegorizes the subject of masturbation, relating it to the intimacy of early video art cultivated by the solitary artist performing for the camera in the studio.

A handheld showerhead rests on marble tiles in front of a mirror.

A decorative mirror is positioned at crotch level, above a toilet.

A man and woman gaze at a sunset landscape; he ponders a marriage proposal.

Topless women preoccupy the mind of a man on the phone.

A man gives a happy woman a foot massage.