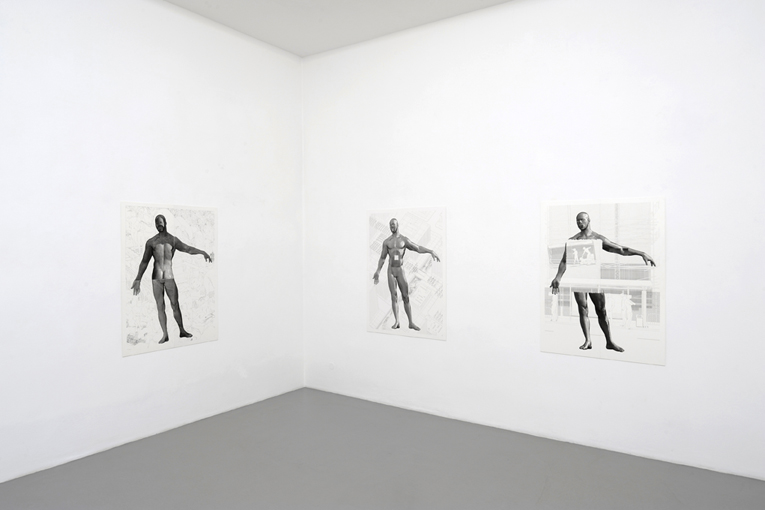 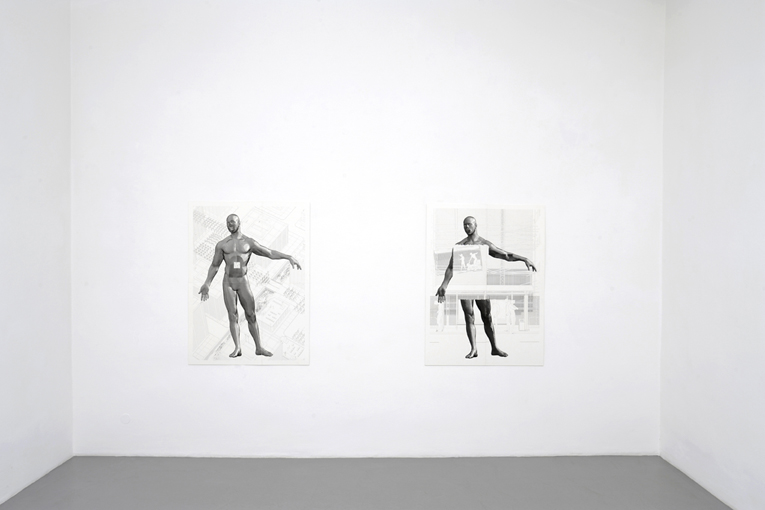 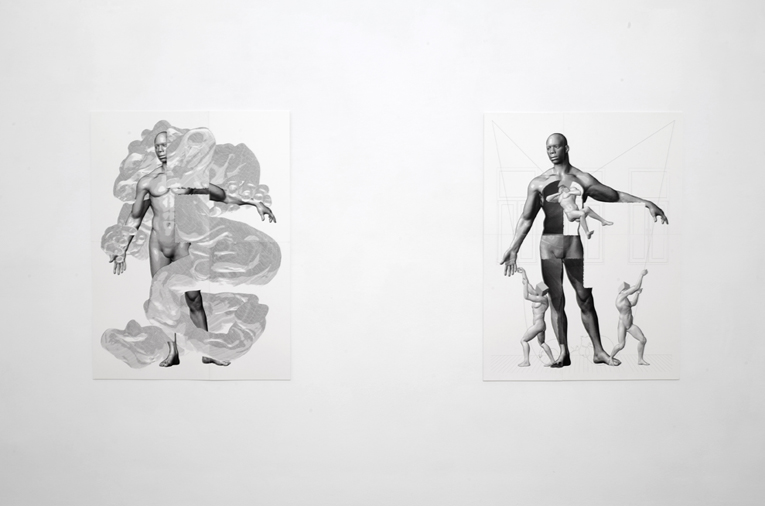 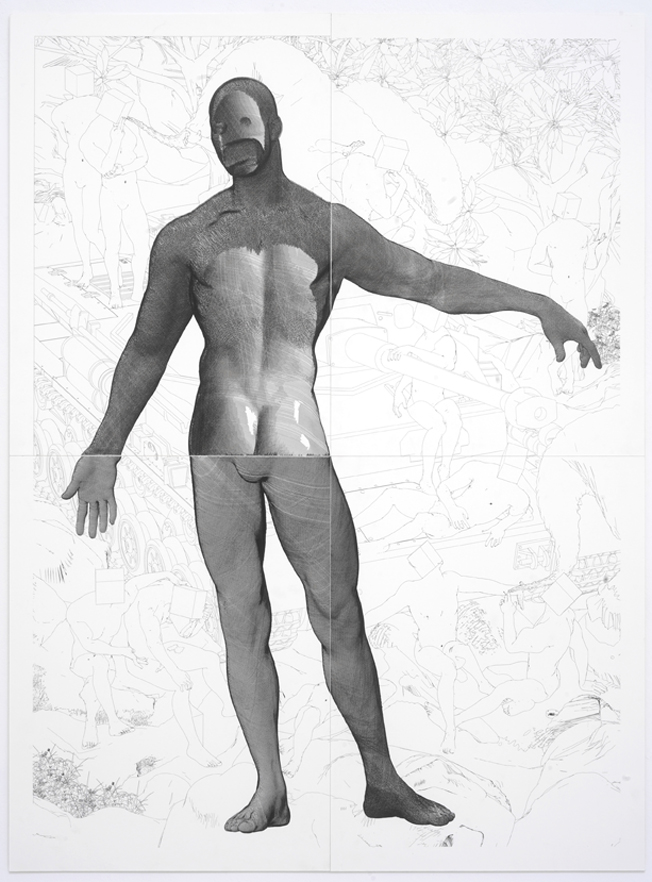 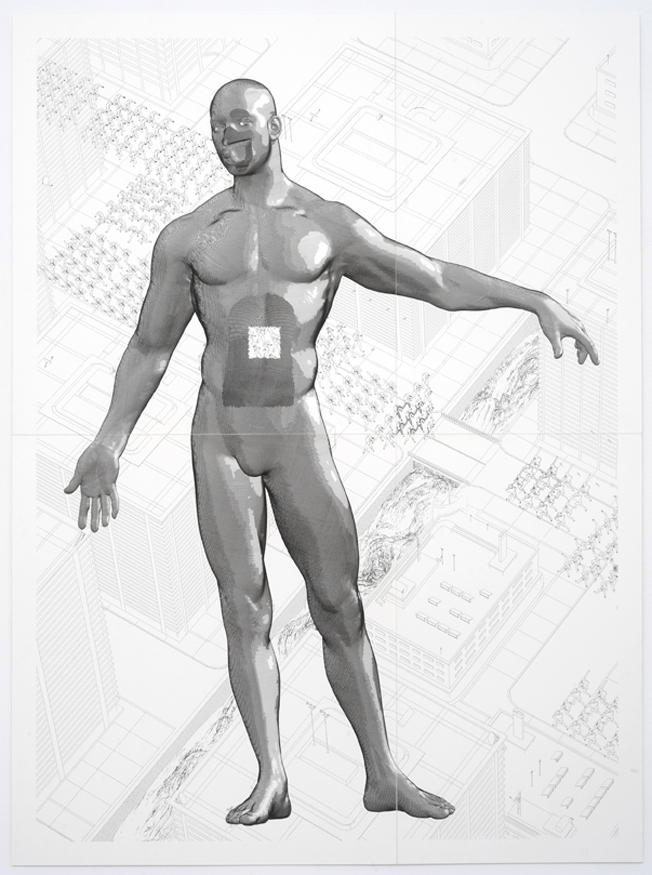 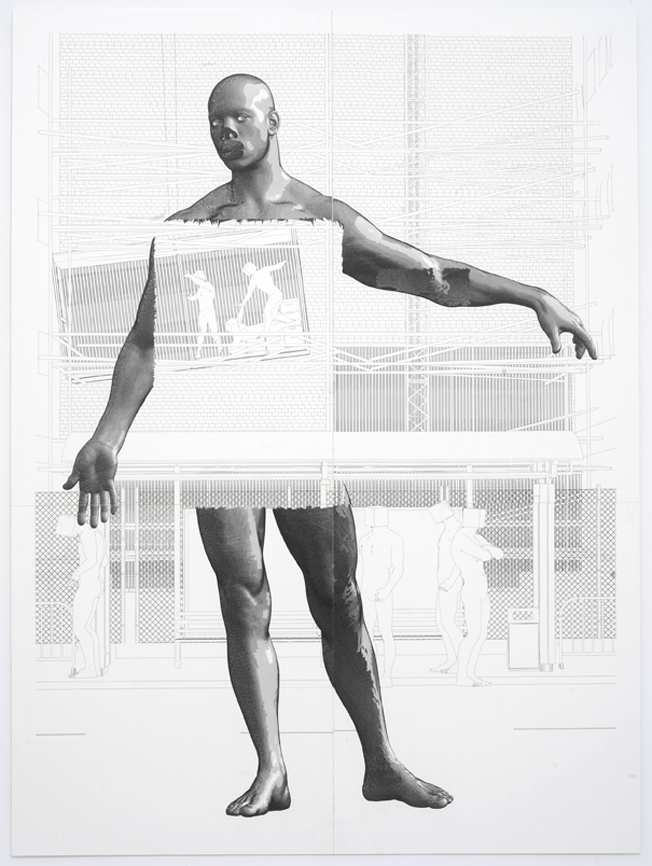 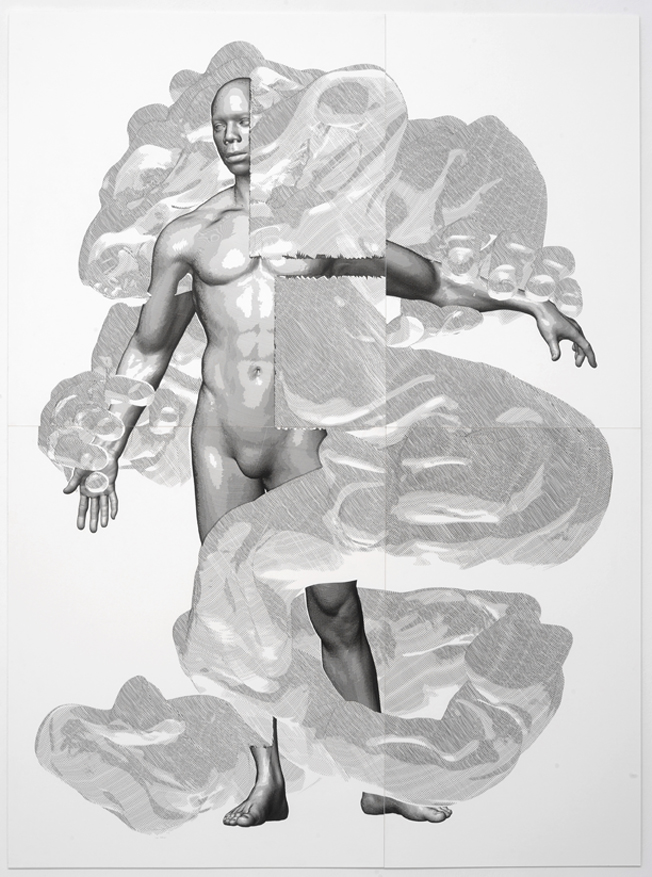 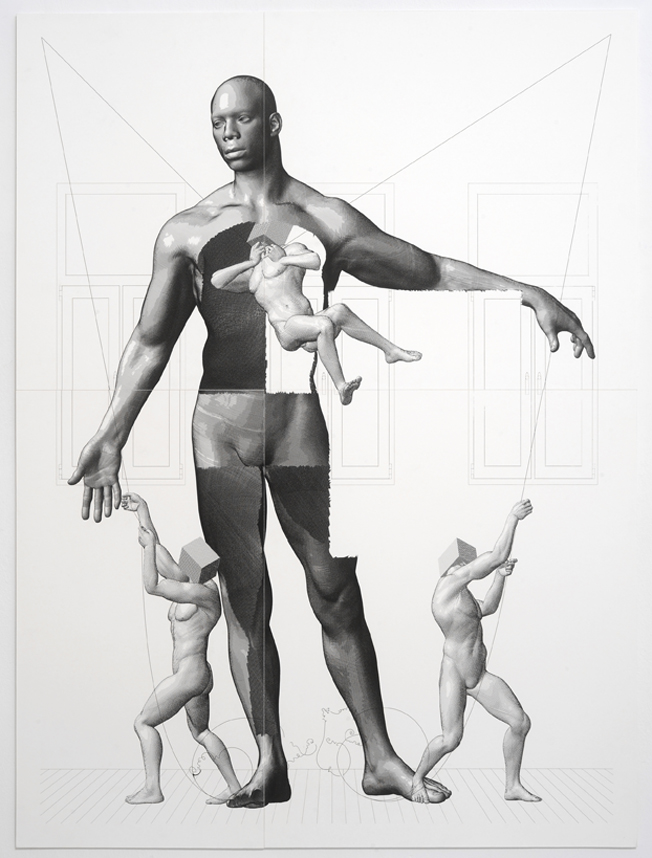 LICK IT
I let a digital light wander over a body

The most famous anatomical atlas of the eighteenth century appeared in 1747. Bernhard Siegfried Albinus’s series of copperplate engravings, entitled “Tabulae sceleti et musculorum humanum”, were the result of over twenty years of consistent collaboration between Albinus, an anatomist, and the landscape painter Jan Wandelaar. Every page shows the “homo perfectus” in the same pose against changing backgrounds as the muscles are added layer by layer to the skeleton. Albinus found his “homo perfectus” in 1725 in the well-preserved corpse of a 25-year-old man whose skeleton was laid bare and erected with the aid of ropes and hoists. A posing model, whom Albinus called the “thin man”, assisted with the perfect positioning of the skeleton. Additional dissections were done. The grid method, exemplified by Dürer in his famous woodcut “Draughtsman of the reclining woman” was further developed on the basis of new findings in optics. In order to meet the anatomist’s Enlightenment requirements of representing as accurately as possible the skeleton’s proportions, as the “ultimate substrate” of the body, Albinus sought for the artist to become a machine. Diderot and D’Alembert would use the engravings for their Encyclopédie. The plate on anatomy appeared in 1762.

In “LICK IT CUT IT”, Josef Knoll refers to Albinus’s series of copperplate engravings. Yet Knoll does not strip away the layers of muscle from a body made of flesh and blood, carefully examining and then constructing, drawing from the inside out. The artist, or anatomist, does not take measurements with a dioptre, grid, or compass. Instead, the drawings are arranged in a 3D program, transferred into 2D, and then drawn in ink by a pen plotter on paper, as has been customary among architects. A 3D scanner reads in the information from which the polygonal construct is created, which takes the place of Albinus’s “homo perfectus”. The digital casting of the model is produced by means of a point cloud. This is actually a photographic principle, but the difference is that the 3D scanner reads distances instead of colour information. The figure is then reconstructed from these measurements of distance, meaning that it is not built from the inside out; instead, it is scanned from the outside. The incisions expose the polygonal structure of the digital shell rather than layers of muscle. The causal relationship between symbol and the captured object, the indexical nature of photography, is shifted here into the drawing. However, the distances between the points, as recorded in the point cloud, have been manipulated. As in 3D animations for Hollywood films and computer games, “homo perfectus” has also been moved like a puppet. Thus every additional figure in the background is a copy, an anonymised clone of “homo perfectus”, with cube heads borrowed from the Mannerist Luca Cambiaso.

CUT IT
I slice through the polygonal shell

The cuts through the figures become here and there windows within the aperture of the image, as though if we saw, through the hole in the belly of homo perfectus, hooligans throwing Molotov cocktails. Yet the series traverses a sequentially determined order: there is a first, a second, a third image. This is because light circles around the figure, reproducing the scanning process once more: from dark, to light, to dark. The cut can therefore also be understood in filmic sense: as a cut from one shot to the next, or as a panel like those found in comics. Panels in panels. Knoll does not elide photographic / filmic references from his drawings. The men from Jeff Wall’s photograph, “Men Waiting”, are still waiting at a bus stop (“Men Still Waiting”). Cyprien Gaillard’s video shots of the brutal collision of hooligans are cited in a drawing that recalls a screenshot from the strategy game, “Age of Empires”. There are also quotations from the paintings of the old masters. Behind the aforementioned bus stop, a building container is being lowered with the protagonists from Titian’s lost painting, “The Martyrdom of Saint Peter”, stored inside. The Elysian forms of Hans von Marées lie down, crouch, or stand on a tank.

This is the conjunction between the modified indexicality of the polygonal shells, captured in a quasi-photographic way, and the methodology of construction used by Albinus and Jan Wandelaar to depict their characters with such care.